The Furaha Wa Watoto child-care facility was begun as one of a number of parallel initiatives to increase the retention rates of young women in education and in general contribute towards building the resilience of this population. Furaha Wa Watoto is situated within the JRS post-secondary education area and has a target capacity of 50 children per year overseen by a staff of 2 trained child-care workers and a small group of volunteers.

In Dzaleka female participation is equal to those of males in pre- and early primary school however drops off sharply afterwards. Post-secondary levels reveal the greatest bias towards young men. Research and tracking of drop-outs over 4 years revealed that one of the key reasons is the need for women to care for and raise young children as a result of early marriage. The objective of the childcare is to enable young women to continue in their educational pathway while beginning a family. 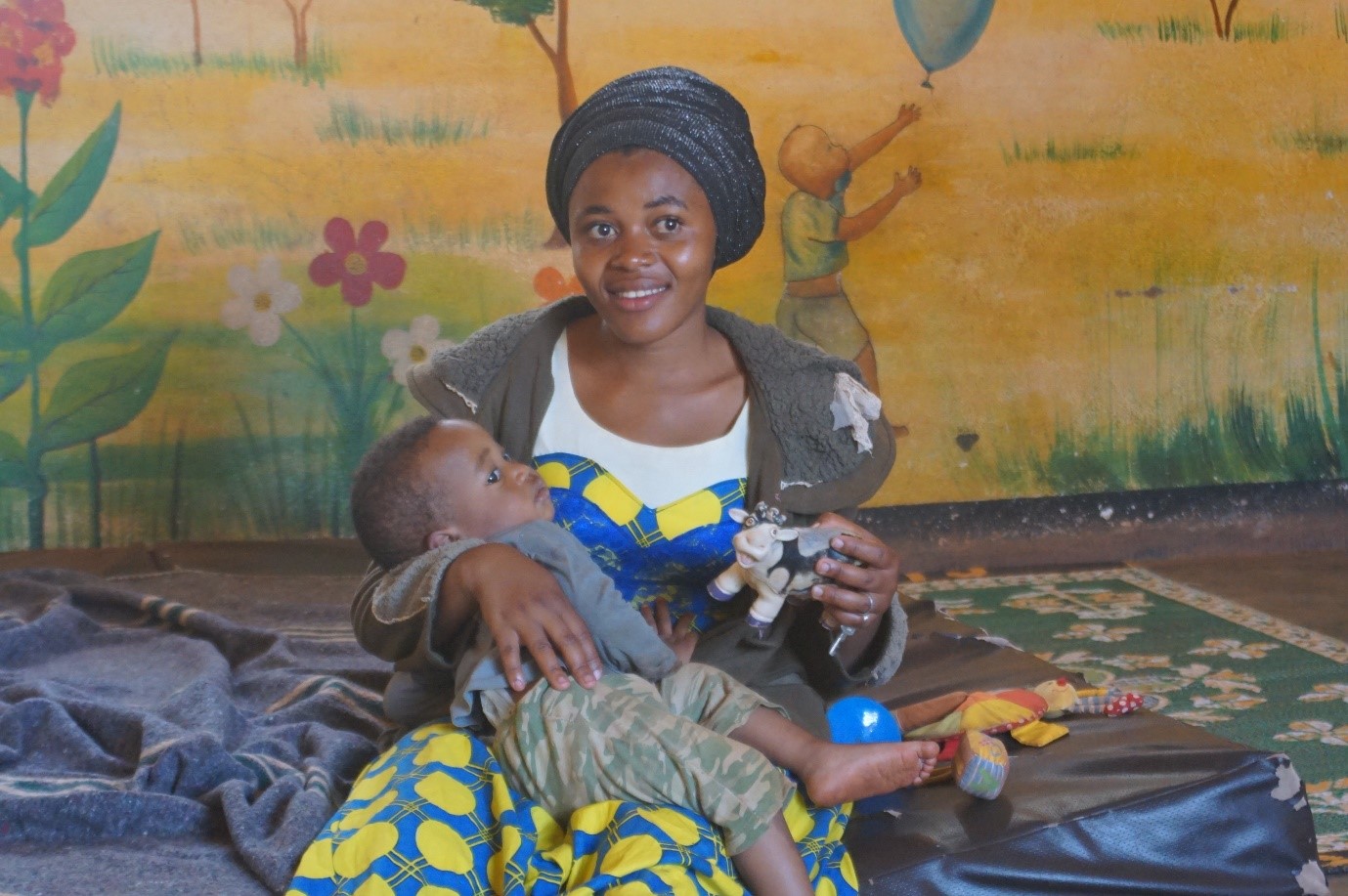 Rose’s story is typical. The fulfilment of her educational goals was endangered when she became pregnant with her first child. Working with the social worker attached to the education program, she was able to plan to resume her studies with minimal disruption to her overall program. The creche also takes children of single headed households and those beginning their studies or more commonly resuming them.

For young women resuming late primary or secondary school JRS identified the need for and put in place a bridging program to make up for the time missed at school, while the psycho social department monitors the academic progress of mothers engaging with them in helping them redesign their study habits while coping with a young family.

This model was the fruit of learning gained over a number of years and various attempts to tackle a seemingly intractable issue and a common one in many refugee settings.

Rose Benson, 21, came to Dzaleka Refugee Camp in 2017 after fleeing conflict from her home country, DRC. Rose aspired to make meaning of her stay in the refugee camp, despite the numerous challenges and hardships faced. When she first came, she couldn’t speak English at all. Since English is the l...Read More
PreviousNext